Everyone who has a dog has seen him or her engaging in movements that appear to be dreaming during their sleep. Their eyes dart and roll. Their limbs twitch and move almost like they are running. People say they are “chasing rabbits”. Some dogs whine or vocalize, but they truly seem to be fast asleep. Watch this fun video on YouTube to see funny dogs dreaming

We know that dreaming in humans has been associated with Rapid Eye Movement (REM) sleep. There are numerous studies about the nature of sleep for humans and theories about what dreams could signify.  But interestingly, brain studies, including polysomnography, have suggested that dogs experience similar brain changes when sleeping as humans. We cannot ask them about their dreams, so we have to look at them in other ways.

Dogs have been shown share certain sleep disorders with humans, sometimes suffering from narcolepsy, a disorder characterized by excessive daytime sleepiness and cataplexy (sudden physical collapse). Narcolepsy has even been found to be a genetic disorder for Doberman Pinschers and these dogs have served as analogs for the human syndrome. (For more on narcolepsy in dogs, check out this article about “Rusty the narcoleptic dog” on sleepeducation.org.)

REM sleep disorder is an issue for humans characterized by physical “acting out” of dreams. This behavior can be very disruptive and even dangerous for the sleeper and those around him/her. Affected dogs have been identified and also can serve as human models in the study of the disease. Both humans and dogs afflicted with REM sleep disorder have been effectively treated and can live a normal life.

Because dogs seem to experience sleep disorders very similar to human ones, we can infer that they experience sleep in much the same way as we do, including dreams. The brains of dogs certainly seem to be capable of dreaming. We do not even know for sure the role that dreams play for our own species, although there have been numerous theories for many years. Some believe that dreams which occur during REM sleep actually function in the learning process.1 Sigmund Freud believed that dreams were suggestive of unresolved desires or wishes.

It seems sensible to conclude that dogs’ brains can and do dream and we have all seen physical manifestations that this occurs. We do not know and cannot prove whether or not dogs remember their dreams or learn from them. There is no way to assess if dreams are a manifestation of wishes for dogs (or people for that matter), but it seems that maybe dogs are more like us than some are willing to admit. It seems that as a species, we like to believe ourselves different and superior to other animals, but embracing our differences and our similarities is the best way to learn who we both really are.

)A version of this article was posted on the Ask A Vet blog for https://iheartdogs.com/ask-a-vet-do-dogs-really-dream-like-we-do/) 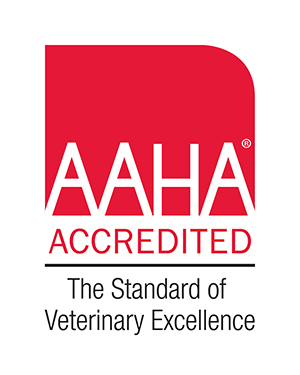 Check Out Our Online Pharmacy!

Our online store is available for current clients, click here.

If you are a pet owner and have a medical question, please use the email address provided on your "go-home" papers. The form below is intended for general veterinary hospital inquiries only.